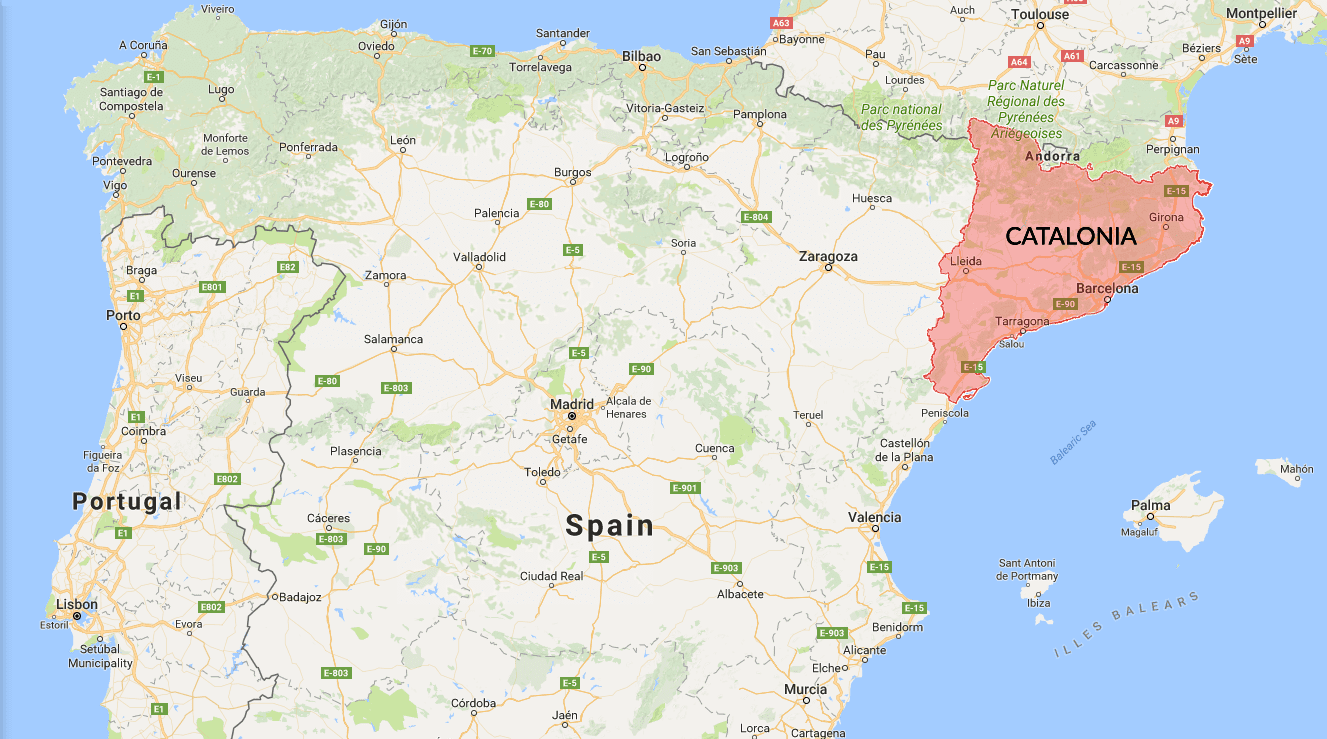 In October 2017, the regional Parliament of Catalonia approved a resolution resulting in Catalonia’s unilateral declaration of independence from Spain.

The declaration is based on a disputed referendum, which had been deemed illegal by the Constitutional Court of Spain.

Spain has rejected the declaration of independence, dismissed the Regional Government of Catalonia, announced fresh elections and imposed direct rule over the region.

Resistance to Madrid’s imposition of direct control on the autonomous region failed to materialize at the start of the week on Monday, October 30. For now, the Madrid government has gained the upper hand in the protracted struggle over Catalonia’s independence drive.

Attention is now turning to a regional election called by Spain’s Prime Minister Mariano Rajoy for Dec. 21 as a way out of the crisis.

In a press conference held at Brussels on October 31, Catalonia's sacked President Carles Puigdemont said he would accept the result of snap Catalonia elections in December called by Spain's central government. However, he said the fight for independence would go on.

During the days following the referendum, Barcelona, the capital and largest city of Catalonia was largely affected with roadblocks causing big traffic jams; metro traffic was cut to 25 percent, and the city’s port and bus networks came to a grinding halt.

Though transportation network and logistics took a hit, most of the private sector companies remained operational during the strike, as Spain’s two main labor unions had called on their Catalan members not to take part in the strike.

Impact on Catalan economy due to the crisis

The current political impasse has resulted in great business uncertainty. Around 1,700 companies have already moved their legal headquarters out of the region to other parts of Spain.

More companies are expected to follow suit post the declaration of independence by the ousted Regional Government.  A major reason for the exit is the fear among companies of losing access to the single European Union (EU) market. The move was also helped by a decree of the Spanish government, which eased the relocation of company registrations.

In case Catalonia splits from Spain, it might have to leave the EU. The region also currently uses Euro as its currency and if it leaves the EU, it will be compelled to create its own currency unless and until it gains EU membership.

Moreover, as Spain is a part of the EU, any potential deal with EU post its split from Spain would also have to include Spain, which might further complicate the situation.

Spain currently has high debt and in case of Catalonia’s exit, the country’s future financial health would also be determined by the amount of debt Catalonia takes with it. On the basis of GDP contribution, if the region takes 19 percent of the debt, then Spain’s debt-to-GDP would remain stable; but if the region takes only 16 percent of the debt based on its population, or 11 percent based on the national expenditure on the region, then Spain’s debt-to-GDP would be unsustainable. Another possibility is that if Catalonia manages to split from Spain and refuses to reach a debt transfer agreement, then Spain would face higher debt levels.

Catalonia is a major producer of Chemicals, Pharmaceuticals, Automotive parts, and food (meat products) and drinks (Wine & Cava) making these industries more vulnerable than others.

Also, Catalonia exports about 65 percent of its products to the European Union, making companies located in the EU more vulnerable to the crisis. The other major industries in Catalonia include textiles, metallurgy, machinery and electric devices.

The crisis has created uncertainty in the region with many companies fearing that they might lose access to the EU single market if they are based in Catalonia.

Roughly 1,100 companies are operating in the region. The pharmaceutical company Grifols is the only entity from the IBEX-35 stock exchange still based in Barcelona, but things could change if politics affects business.

The petrochemical complex in Tarragona is an important strategic center in Southern Europe and in case it loses access to the EU single market, it would no longer be able to fully utilize this advantage.

Automotive Industry is another major industry for Catalonia. It accounts for a quarter of vehicles produced in Spain. About 65 percent of the vehicles produced in this region are exported and is an important logistics center for the markets of Europe, Africa and South America.

The recent police action and its resulting strike had briefly impacted the raw material supply of automobile producer Volkswagen.  However, the company has been able to quickly manage the situation.

As Catalonia exports a large portion of its vehicles to the European market, the automotive sector would be impacted in case the region has to leave the EU. Moreover, the region also receives a large amount of foreign direct investment from the EU, which might also be affected in case of its separation from Spain.

Any fresh strike call will impact logistics services as it would lead to blocks on highways and railroads. Port operations could also be stalled as certain maritime unions had joined the previous strike.

The region’s food and drinks industry would be impacted in case of its split from Spain as it exports large quantities of its products to the EU.

Due to the political uncertainty, Prosecco and wine-makers Freixenet and Cordoníu are also looking at relocating their offices. However, a final decision is yet to be taken.

Banks headquartered in Catalonia such as Caixabank, Banco Sabadell have already shifted their legal headquarters out of the region in order to preempt their head offices falling outside of the European Union.

Banks such as Banco Mediolanum relocated its headquarters to Madrid while Arqui cooperative moved to Valencia. Fundacion La Caixa and Criteria also announced they would move away from Catalonia to Palma de Mallorca, in the Balearic Islands.

Other industries which might be impacted include textiles, metallurgy, machinery and electric devices.

The market situation in the region is currently volatile. Though no further strikes or major disruptions have occurred post Spain’s direct rule in the region, the possibility of such disruptions exist.

While companies have been moving their corporate headquarters, many of them still retain their operations and employees in this region.

As a result, companies having operations or supply chain based out of Catalonia should monitor the situation closely. A lot depends on the December elections called by Spain's central government. Beroe recommends keeping alternate facilities and suppliers on standby as the possibility of civil unrest in this region persists.