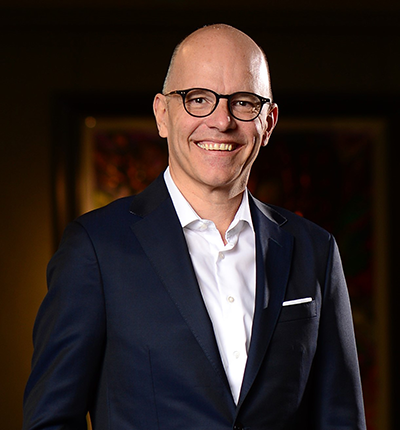 Dirk Karl, Group Executive and Chief Procurement Officer (CPO) at MTN Group Ltd, is particular about the fact that his team is not just doing “purchasing” or “sourcing” in a traditional sense.

The Procurement arm of Africa’s largest mobile network—known as Global Sourcing and Supply Chain (GSSC)-- is working on cutting edge technologies to deliver much more than a traditional procurement house. This is the result of a heady mix of procurement and technology talent.

In an Exclusive interview with Beroe from his office in Dubai—the base station of GSSC—Karl explained the inner workings of his procurement organization, ranging from the Profit and Loss (P&L) model to the latest digital tools that his team is developing.

The organizational chart shows that the Group CPO reports to the Group Chief Financial Officer (CFO), and Karl said his team’s operations are structured in such a manner that the output indicators speak the “CFO’s language.”

About his entry into MTN, Karl said: “What brought me into MTN is the turnaround scenario, which placed emphasize on the sourcing operations. There was thinking within MTN that the company could deliver the desired EBITDA targets by optimizing Procurement and Supply Chain.”

GSSC was able to deliver on key turnaround targets such as:

“Procurement is facilitating the business in a number of ways. GSSC is leading the initiatives to optimize the working capital of the MTN Group, which brings in significant EBITDA benefits.

Also, it is the Procurement department—and not Finance—which handles supply chain financing. For example, we analyze how best to profitably sell some of the receivables that are in our balance sheet. As opposed to a traditional purchasing organization, we have an extensive portfolio,” Karl said.

When questioned about some of the foremost challenges, Karl said operating in emerging markets in Africa and the Middle East is a big challenge.

“The company operates in a number of volatile markets. We are talking about countries such as Syria, Yemen, Sudan—and Iran as well. We need advanced knowledge and expertise to keep supply chains running in those markets. We also face headwinds related to trade wars and sanctions that impact our suppliers,” he said.

Karl indicated that business stakeholders in MTN have embarked on the path of innovation; his second major challenge is to introduce innovation within the Procurement Organization in order to achieve parity.

Karl is no stranger to the world of finance. In the 1990s, he worked in the Finance Department of DaimlerChrysler IT Services, and in the mid-2000s he was the CPO of the Dutch multinational bank, ING Group. His background in finance now helps him grasp the significance of maintaining a respectable looking P&L and balance sheet.

Karl said GSSC is run like a “company” with its own profit and loss accounts, and that he is quite proud of the fact that his team is running a multi-million dollar operation out of Dubai.

We eventually turn a profit after deducting the cost of operations from the revenue we generate. We transfer the profit to MTN Group in the form of a multi-million-dollar dividend while retaining some portion for our operational needs,” Karl explained.

Karl said data accuracy is a big challenge in his team’s digitalization journey, a problem generally faced by all procurement organizations that embark on the journey of digitalization. The need to create a “data lake” is of paramount importance and, more often than not, companies look to first generate their own sets of data internally before combining them with external market data for better comparison.

In fact, one of the biggest limits to the growth of digital transformation is poor data quality.

However, the team at MTN is solving the data quality problem by creating their own data lakes that are then harnessed by the company’s in-house robotic process automation (RPA).

“In IT parlance we call it ‘componentware’ where we take the best of the breed solutions and connect them all as business tools in order to tap into the data lake. To achieve this, we refreshed and modernized our demand management tool, our e-sourcing suite, contract management tools, as well as the spend management system,” Karl explained.

Karl was excited to share the story of MTN’s first “AI assistant” GeSSiCa—a word play that features the Procurement Organization’s acronym GSSC. GeSSiCa employs cognitive and robotic process automation (RPA) to replace manual tasks at a “tremendous scale, speed, and control,” according to Karl.  With the help of the AI assistant, GSSC is able to achieve operational efficiency at a “significantly lower cost".

Andrew Savage, General Manager, Center of Excellence (CoE) at MTN Group was invited by Karl to share his thoughts on the company’s digitalization journey.

“We place a big emphasis on the sustainability of our digital initiatives and try to develop in-house where possible. For example, with RPA, we didn’t bring-in a third-party to deliver the tool. Instead, we buy the licenses and put key users through extensive training of the tool. This allows us to program bots in-house, reducing the dependency on third parties and increasing our speed of execution. Besides data scientists, other members of the team are involved in digital training to ensure our philosophy is engrained,” Andrew told Beroe.

When asked about the use of machine learning at GSSC, Andrew referred to their spend classification platform.

“Spend classification is generally based on what your Accounts Payable team is inputting into the system. There are a number of different factors that go into the classification of the spend, and things can go wrong more often than not, which creates a data mess. In the past, the process to identify the spend that were classified incorrectly was painful. Now we employ machine learning to do that job. The more it learns, the higher the accuracy. It learns based on a number of different use cases,” he elaborated.

Andrew said that the team has become so adept at using cutting-edge technology that they are now slowly moving away from the diagnostic stage to the predictive stage of analytics.

“In the past we looked at ‘why things happened,’ whereas now we are looking more into the future as to ‘what will happen, along with cognitive decision making and automation,” Andrew said. 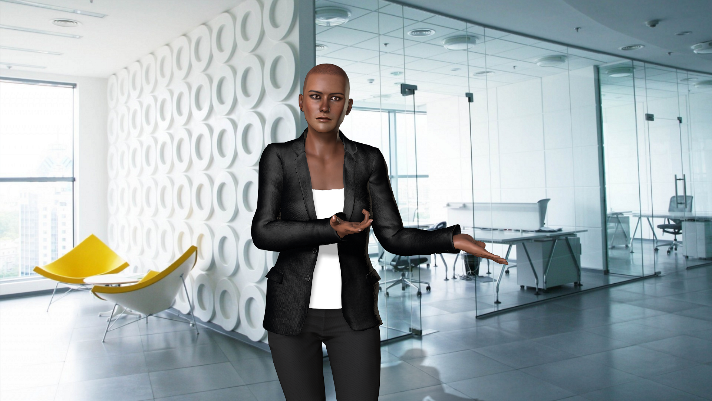 The aim of the DSA is three-fold:

“This system saves us a lot of trouble,” Andrew quipped and then continued, “Let’s take an example of a multi-country sourcing operation where you have different regions across different countries and you could effectively award a number of different suppliers. Now this will give rise to a variety of different scenarios.

The DSA will analyze millions of different sourcing scenarios such as which supplier to be chosen at which region and at what price and so on before presenting a handful of optimal scenarios in a matter of seconds. Previously, we would use extremely complex spreadsheet macros to arrive at optimal sourcing scenarios—all that is history now. We built this tool using open source technology to get to those scenarios really quickly. All of this is fully auditable as it creates a paper trail which is also a distinct advantage over previous complex excel models.

This will further allow us to build a bundle of negotiation strategies, which will save us a lot of cost. So cost savings are taken care of right there along with negotiation inputs.

Along with the demand information that is already available with us in our internal data lake, we will be in a position to build sourcing calendars across our entire geographic footprint to identify joint negotiation opportunities with the vendors. In essence, we are compressing different sets of negotiations that may happen through the year to one single instance, thereby becoming a real business enabler,” Andrew explained.

Karl continued the conversation from where Andrew left off by saying his team at GSSC has given strategic sourcing a decision support Application that will allow forecasting of vendor behavior during negotiations. It will also help model vendor behavior in e-auctions.

He then referenced Arnold Schwarzenegger’s Terminator movies where good machines fight bad machines for the benefit of humans. Why did he pick that analogy? Because, he said with a hint of humor, “vendors also use some of these technologies at their end. And when the negotiations happen it is an ‘Our Machine vs Their Machine’ scenario.” He also added “Hollywood is often decades ahead, but this is now a reality within business".

How much human discretion is involved now that DSA is deployed?

The machine does not pull the “decision” trigger per se. It makes the sourcing teams aware of the best possible scenarios and the final decision ultimately lies with the sourcing team, according to Karl.

The humans, after all, live to fight another day.

The purpose of digitalization will not be fulfilled if there is no project or status visibility for the stakeholder. To  that end, GSSC offers a dashboard view of all activities for the benefit of the stakeholder.

Andrew said the aim of the dashboard is to remove the perception that Procurement is a bottleneck to business. With visibility comes collaboration and with that the Procurement teams are able to close lots of gaps in the process. 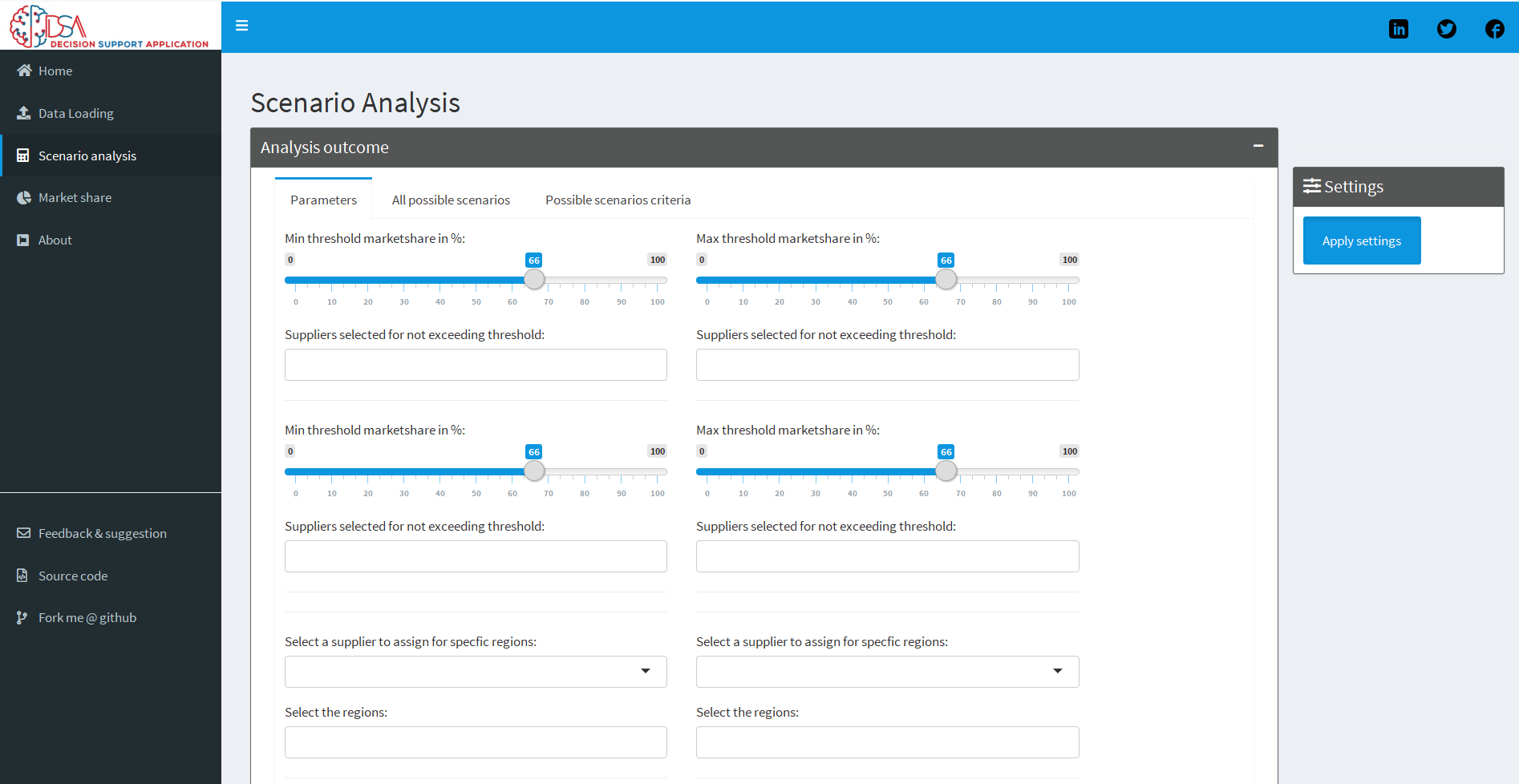 When asked what the future holds for Procurement, Karl circled back to his Terminator analogy and opined that perhaps by 2030 there may be “CPO Bots.”

When questioned as to what is the near-future ambition for GSSC, he said that besides servicing MTN Group, he would like to expand his team’s services to other companies as well, which would make a good business model.

“I would like us to move in that direction, we are certainly well positioned to expand our business,” Karl concluded.

Very good and insightful article. Technology and Procurement are raising the bar of bottom-line impact to another level. It really is exciting to see what other companies are achieving and aiming for in terms of efficiency and cost saving.

This is next level analytics in use! Great to read about. I will keep a look out with interest on how companies manage the downstream activities of on-boarding new suppliers in the technology rich world. This I feel (and hope) continues to be a value adding service to stakeholders by procurement professionals.