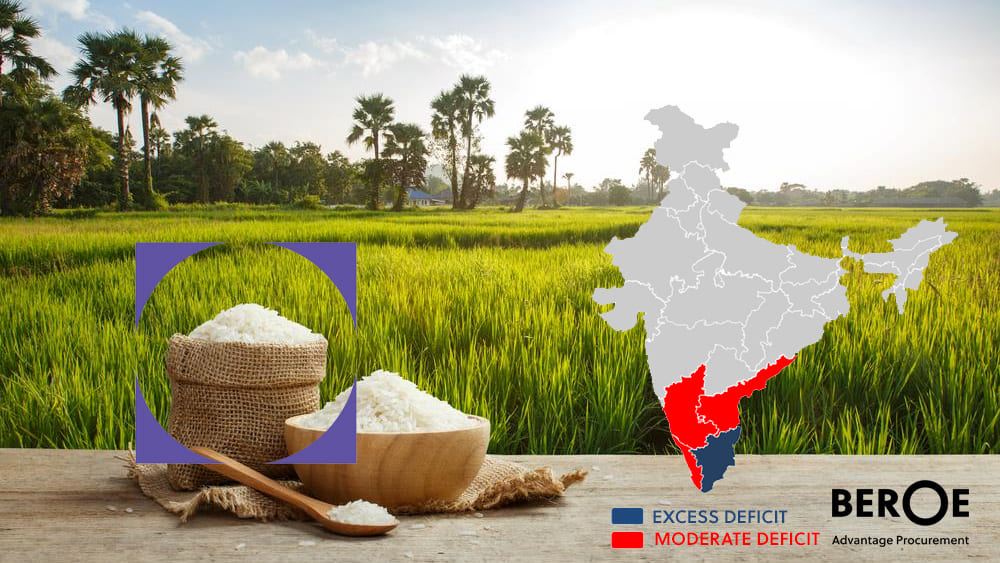 The North-East Monsoon that occurs between October and December has withdrawn with a deficit, falling short of the projected 90-100 percent of the long period average (LPA). The Seasonal rainfall occurs over the southern peninsular region comprising Tamil Nadu, coastal Andhra Pradesh, Rayalaseema, Kerala and South interior Karnataka.

Tamil Nadu is the most adversely affected region as the state receives 48 percent of total rainfall during this period. Overall, Tamil Nadu reservoirs are 82 percent short of normal levels. Those in Andhra Pradesh, Karnataka and Kerala are 53 percent, 39 percent and 37 percent short respectively.

Rice is the major crop affected as a result of the monsoon deficit, with the bulk of the crop being produced in Tamil Nadu. Pulses have also been adversely affected to a great extent, whereas spices have suffered relatively minor impact of the monsoon deficit. India is not a major global producer of coarse grains, coffee and corn, and hence does not have a significant impact on global oilseed trends.

The shortage in local rice production could lead to an increase in imports. Higher import demand from India could cause export prices to trend upwards. Since India is the global leader in pulses, prices are likely to trend upwards for this commodity as well. Spices have not been greatly affected by the monsoon deficit and hence are likely to show regular pricing trends. India is not a significant global player for the other crops and hence, global prices of these crops could remain unaffected by the monsoon deficit.