Despite Climate Deal, Internal Carbon Price Yet To Gain Momentum 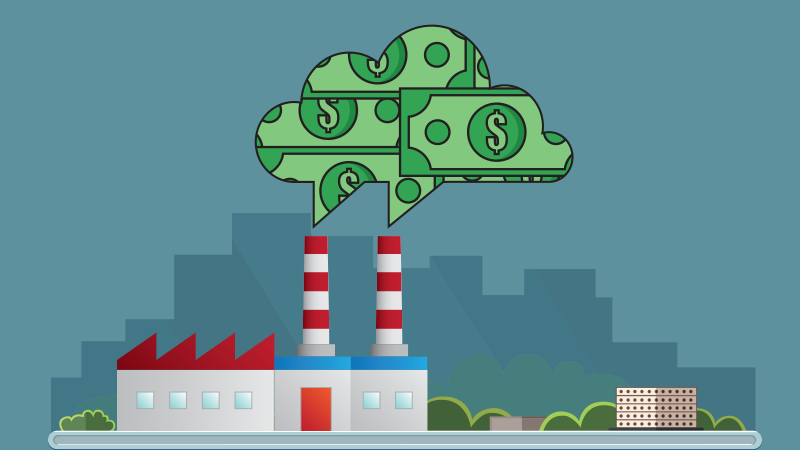 In view of climate change and stringent norms for emissions control in 2017, economies move into 2018 on the back of a multitude of potential efforts to limit emissions and prevent the global average temperature rising by 2? C. This is the pivotal plea of the Paris Agreement that concluded in 2016. The course of action that will be followed by economies toward this is entirely voluntary, without an element of penalty for erring countries. Currently, a few key developing markets such as China and many Fortune 500 companies across developed economies carry the baton of climate change goodwill. For the latter, it is relatively easier to enforce changes in their system.

One of the significant options that these Fortune 500 companies have adopted is Internal Carbon Pricing (ICP). ICP helps to address environment risks, which are a critical business risk that impact the performance and reputation of these companies. How far can ICP be implemented within organizations and on a category level, and what is the immediate future for this approach is the big question. Despite the noise surrounding the climate change, firms across the globe are slow to embrace ICP.

Being energy-intensive industries, it is imperative for the utilities and energy sector to be the leading sector for ICP. They have greater exposure to material risks related to the use of fossil fuel-based energy. Hence, these sectors have been addressing and measuring carbon risk on a regular basis for several years now, as their exposure to carbon asset risk is the highest among other sectors.

United States: The pricing consistency in the U.S. is quite low, as prices vary between $1–150. Most companies reported references to the EU ETS and Californian Cap and Trade system in the absence of a federal carbon price. In 2017, two U.S. companies—Ameren Corporation and Covanta Energy Corporation—disclosed of internalizing the social cost of carbon.

Europe: A variety of carbon prices are currently in use across Europe—12 carbon tax systems exist, and some are more than a century-old, along with the more prominent EU and Swiss emission trading systems, the UK carbon price system, and so on. In the UK, company prices trended around $25.70 in 2016.

Canada: Prices in Canada follow the patterns set by provincial policies operating in Quebec, Alberta, and British Columbia. Quebec has a GHG cap and trade system with a price of $12.60, while Alberta and British Columbia carbon tax stands at around $15.30 and $23, respectively.

India, Thailand, and South Korea: Carbon tax pricing in these countries ranges between $10–30.

Implementation of ICP across Fortune 500 Companies in their Category Strategies

Presently, sourcing managers in large firms with an internal drive to offset carbon are responsible for sourcing of green energy certificates and carbon offsetting projects. The manager is also responsible for the management, as well as the extension of the network of project owners, developers, and other offset suppliers. Procurement managers add an element of carbon price within supplier contracts wherein the various service/ product vendors are expected to achieve significant cost savings by using materials that leave lesser carbon footprint in their production process.

A carbon fee is charged internally to all stakeholders within the organization depending on the GHG emissions toward which these stakeholders are accountable, which, in turn, motivates them to undertake GHG reduction activities. Managers from different divisions deposit the savings achieved through ICP into a carbon fund that can be invested back into the business.

Generally, companies that are commodity-focused or have higher carbon footprint (such as energy, utilities, mining, etc.), adopt ICP based on a top-down approach, as the decision to internalize carbon is taken at the helm of the organization and applied globally. With respect to service-oriented firms (such as IT, banking and finance, health care, etc.), ICP efforts are undertaken at a regional or ad-hoc basis, depending on the conducive nature of the regional industry landscape. Further, service-oriented firms are bound to set up carbon funds with suppliers that are utilized to support carbon-free initiatives on a regional basis.

Utilities Major—Engie, France: The group utilizes internal regional carbon price vagaries to assess its investment projects. The impacts of carbon pricing scenarios on the new investment project proposals are reviewed with respect to specific context of the host country and its regulatory framework. In 2015, the group decided to ditch new developments in coal, realizing that carbon price will be increasingly established across different parts of the world, leading to the gradual phasing out of coal-fired plants in the future.

IT Provider—Microsoft Corporation: The carbon fee impacts investment decisions by providing both incentive and financial justification for internal efficiency initiatives. In FY15, the carbon fund fee was utilized to support investments in:

Though the practice of ICP has gained momentum since 2015 with support from large billion-dollar revenue companies, especially the Fortune 500 firms in the utilities and energy sector, its adoption is still at a nascent stage globally. As ICP requires sustained efforts from all internal departments in an organization, as well as externally through all the direct and related vendors, its adoption will be challenging in various regional markets. Further, mid-tier and smaller firms are not encouraged to adopt ICP owing to the lack of tangible benefits in the short or long run, unless the goals established by the Paris Agreement are deemed mandatory.