Global seafood industry is highly fragmented with a supply of approximately 250 million MT of fishes annually . Fish capture over the decade has taken a more inland approach with the major capture type being aquaculture 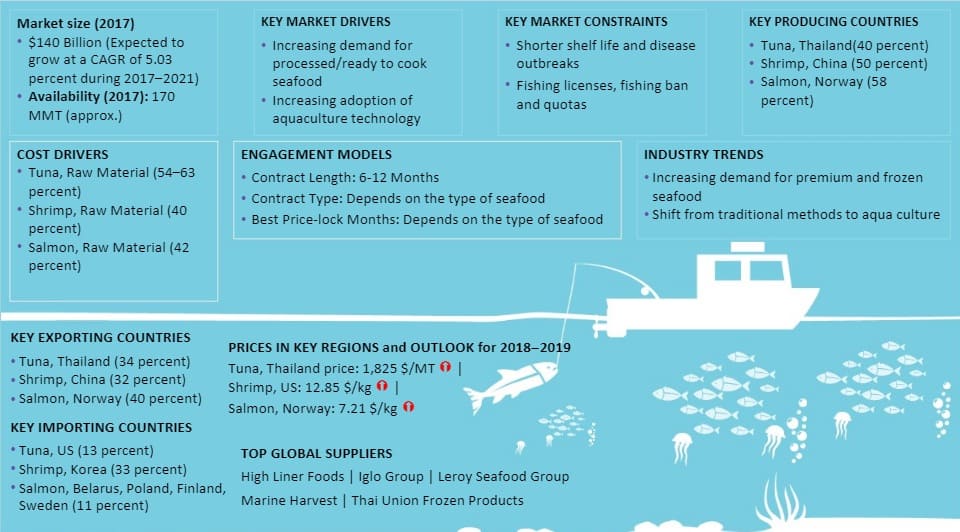 The important driver for the seafood market is the increasing demand from the frozen ready to cook seafood industry, while the major constraint currently are the disease outbreaks and the costs incurred in ensuring a disease free environment