Southeast region of Brazil is the automotive industry hub in the country, all the manufactures have plants and dealer outlets in this region. Sao Paulo is the state which is having most number of OEMs presence 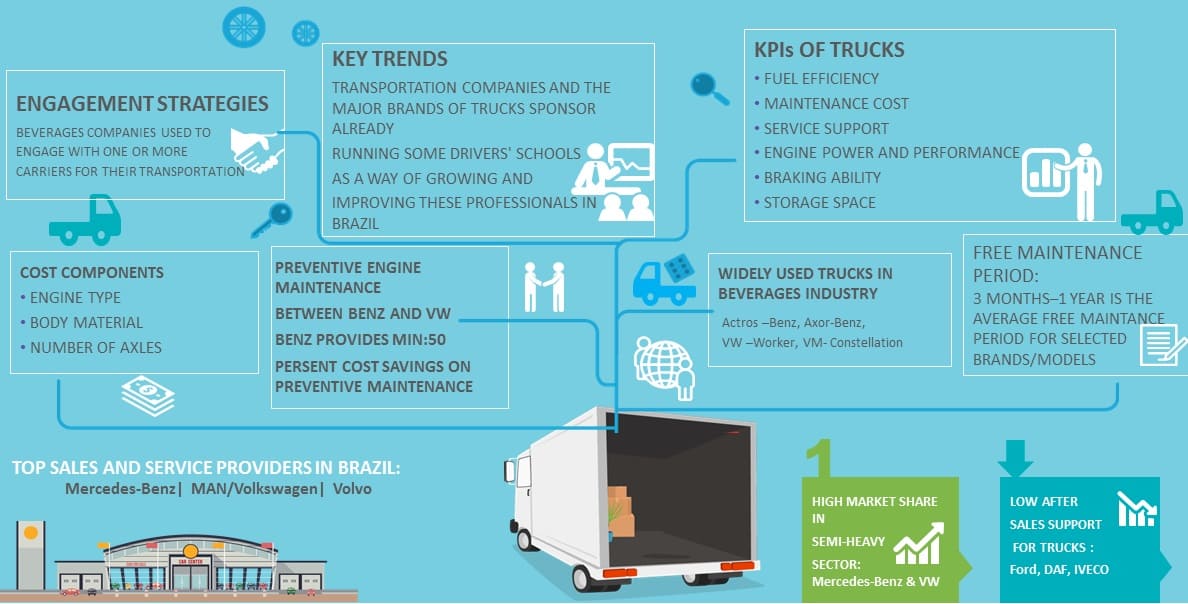 The tyre market in Brazil is projected to cross USD 6.7 Billion by 2022. Passenger cars segment dominated Brazil tyre market in 2017, and is expected to continue its dominance during the forecast period as well, on the back of expanding passenger car fleet size and increasing passenger car sales. Moreover, growing demand for two-wheelers and commercial vehicles, on account of their widespread use in transportation, infrastructure developments and construction sectors, is expected to drive growth in demand for tyres in the country during 2017-2022.

In Brazil there is a deficiency of around 100,000 qualified drivers and now, Brazilian transporters are enlisting drivers from Colombia to enhance the driver base

Best Practices for Sourcing or Leasing of Trucks/Trailers in Brazil

Transportation with own assets may cause additional cost, periodic maintenance is also required to keep up the efficiency of the vehicles Which apparently generate additional efforts than operations  difficulties for  the company

The fleet of carrier companies is newer and more modern than that of autonomous auto carriers. They renew their fleet more frequently than autonomous carriers. Carrier companies that act on the route Sao Paulo – Rio de Janeiro renew their fleet, on average, every five years, while the frequency of fleet renewal by autonomous road carries that acts on the same route is, on average, every 16 years.